Behind The Recent Crypto Surge? Chinese Banks Are Quietly Running Out Of Dollars | Zero Hedge 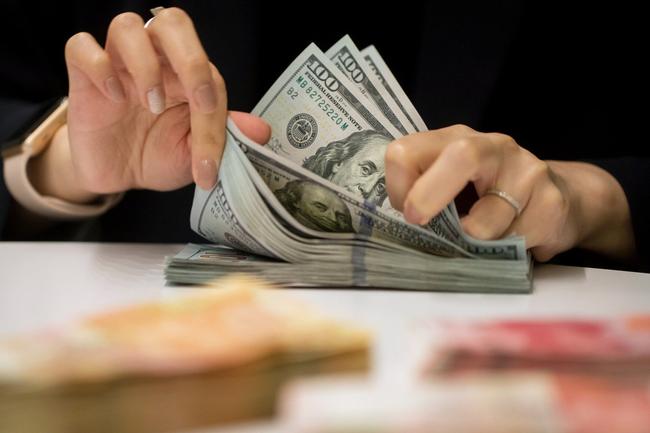 Cryptocurrencies have had a good run in recent weeks, as a sudden renewed demand has lifted all boats and taken Bitcoin back near $6000 this morning.

The catalyst has remained unclear – anticipation of an ETF? Growing institutional interest? Short-squeeze? Manipulation? Or, just plain old safe-haven flows as various nations around the world collapse into totalitarianism?

We may have found one, rather large, answer – from China, where, as SCMP reports, authorities have quietly begun ‘soft’ capital controls on foreign currency withdrawals

Chinese banks have increased their scrutiny of foreign-currency withdrawals and quietly reduced the amount of US dollars people are allowed to withdraw, tightening the country’s capital controls as the nearly year-long US-China trade war bites.

The issue was thrust into the spotlight on Friday when a viral video clip showed a bank cashier unable to answer a furious customer demanding to know why she was not allowed to withdraw US$200 from her dollar-denominated account, even though she was within her quota.

The client was so incensed by the refusal that she filmed the incident on her phone at the unidentified branch of China Merchants Bank (CMB).

She also asked why the bank insisted she could only withdraw her US dollar savings by converting into yuan, the Chinese currency. The cashier seemed caught off guard, unable to address the woman’s questions.

It later emerged the woman had been placed on a “watch list” of customers making frequent withdrawals.

So, either Chinese banks are running out of dollars – scaring account holders into attempting to exit the country’s financial system before a liquidity crisis; or Chinese officials are actively tightening capital controls – scaring the wealthy into various capital flight techniques; as the trade war tensions escalate.

As we noted two weeks ago, following the biggest quarterly credit injection in Chinese history, it is safe to say that China’s banks are flush with yuan loans. However, when it comes to dollar-denominated assets, it’s a different story entirely. As the WSJ points out, in the past few years, a funding problem has emerged for China’s biggest commercial banks, one which is largely outside of Beijing’s control: they’re running low on US dollars so critical to fund operations both domestically and abroad.

Source/More: Behind The Recent Crypto Surge? Chinese Banks Are Quietly Running Out Of Dollars | Zero Hedge

Blockchains: How They Work and Why They’ll Change the World – IEEE Spectrum

29% of Germans Interested in Investing in Cryptos, Study Finds | The Merkle

Here’s how to protect your bitcoin and ethereum from hacking

Dimon’s many bitcoin moments of regret, in one chart | MarketWatch