A secret recording of the biggest Chinese bitcoin Tycoon Li Xiaolai has emerged yesterday on Chinese social media.  In this recording, he calls out many big names in the crypto space as “cheaters” and scammers. Has caused a huge uproar in the Chinese Crypto scene. 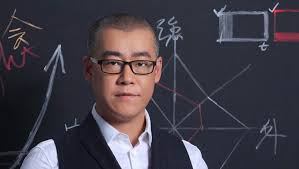 He is a venture capitalist from Beijing China. He founded BitFund founded in the middle of 2013 and started at around $3.5 Million, BitFund is now one of the most influential Venture Capital firms related to crypto-currency in China. He has an estimated net worth exceeding 3.5 Billion USD  which can be attributed to his VC work at Bitfund. He is also one of the first Public figures in the Chinese crypto scene to come public about his involvement in the crypto community in China.

Government gets ready for fintech | GCN

Bitcoin: Should you care, and can you afford not to? | Gambling Insider